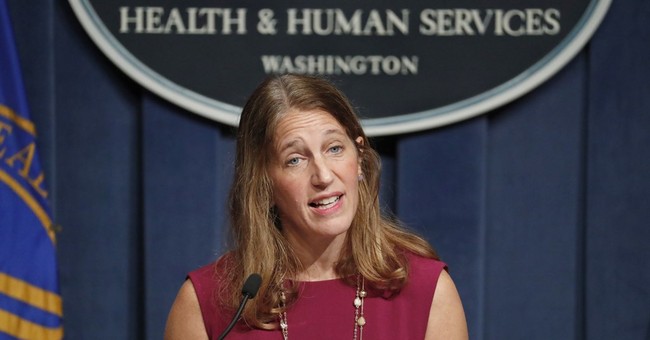 President Obama's Department of Health and Human Services has just approved a rule that would block states from preventing Title X funding from going toward the abortion giant Planned Parenthood.

Of course, that's not how the agency is wording the announcement on its website. They argue this rule will "increase access to affordable family planning and preventive services." The funding, HHS employees explain, will go toward services like cancer screenings and contraception.

During an MSNBC appearance Wednesday night, Planned Parenthood CEO Cecile Richards thanked the "phenomenal" Obama White House for protecting the millions of women who count on her organization for their family planning needs.

Pro-life legislator Rep. Diane Black (R-TN) is not thanking the president. She knows full well that since the rule allows funds to go toward Planned Parenthood, it will essentially be funding abortions.

“With this rule, we see an administration that has become unglued at the knowledge of the impending pro-life sea change in Washington, DC," Black said in a statement on Wednesday. "President Obama knows that hope is rising for the innocent victims of Planned Parenthood’s brutality and the big abortion industry’s days of taxpayer-funded windfalls are numbered. We should not be surprised that his administration would lash out with this eleventh hour power grab on the way out the door, but I am certain this rule will not stand for long.”

Black looks forward to the day when Donald Trump takes office and they can get to work defending the innocent lives of unborn babies.