Kerry: Is the Syrian Regime Ready to Go to Geneva? 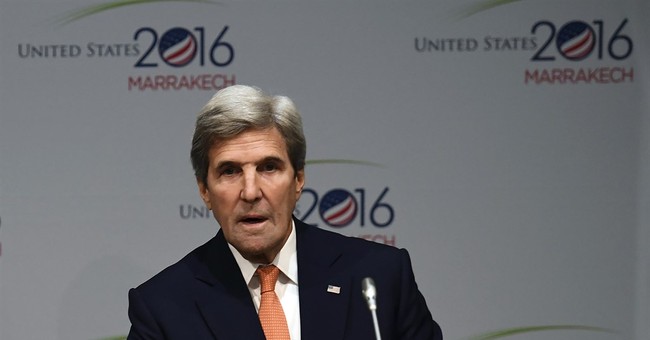 Secretary of State John Kerry spoke at the State Department Thursday afternoon to offer an update on the deadly situation in Syria.

The fall of Aleppo does not end the war, Kerry said. Yet, every party he’s spoken to is ready to come to the negotiating table in Geneva. Everyone, that is, except the Assad regime.

“The only remaining question is whether the Syrian regime is willing to go to Geneva and willing to stop this slaughter,” Kerry said.

The regime of Syrian President Bashar Assad regime, Kerry continued, is carrying out “nothing short of a massacre.”

"We have witnessed slaughter, purposeful, a cynical policy of terrorizing civilians."

This is a moment, Kerry said, when the Syrian regime and the Russian military have an opportunity to make the decision for peace.

It will take negotiations to end this war, Kerry insisted again and again.

Considering the Obama administration has failed for years to rein in the Assad regime, why would his government be compelled to answer their demands now, many are asking.