White House: It's Obvious Who Benefitted From Russian Hack 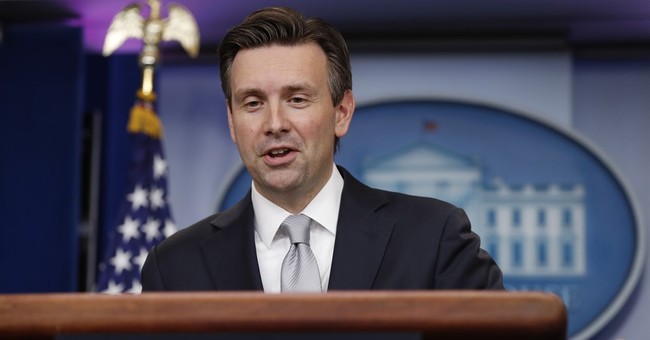 It was a foregone conclusion that Russia was going to be the key word in Monday's White House press briefing. The press pool asked White House Press Secretary Josh Earnest several questions about the Russian hacking that may or may not have had an impact on the presidential election. Earnest suggested it was obvious Donald Trump was the beneficiary of the cyber attacks.

"You didn't need a security clearance to figure out who benefited from malicious Russian cyberactivity," said White House spokesman Josh Earnest during a briefing with reporters Monday. "The President-elect didn't call it into question, he called on Russia to hack his opponent. He called on Russia to hack Secretary Clinton. So he certainly had a pretty good sense of whose side this cyberactivity was coming down on."

Earnest also argued that Trump's praise for President Vladimir Putin motivated Russia to insert itself into the election and boost the Republican's chances.

President Obama and congressional lawmakers have called for investigations into the hacking that occurred during the presidential election.

You can tell us your own opinion in our Townhall Facebook poll. Right now voters are under the impression Russia did not affect the election results.