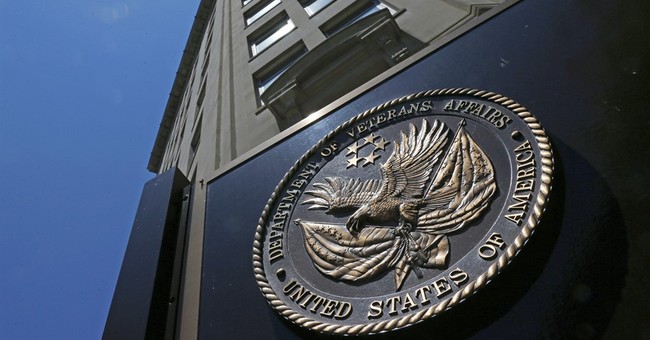 A few days after we learned that a dentist infected hundreds of patients with HIV at the VA facility in Tomah, Wisconsin, we have a disturbing report that maggots were found in a veteran's wound in a separate VA clinic in Oklahoma.

A 73-year-old veteran named Owen Reese Peterson came to the Talihina Veterans Center with a case of sepsis this fall. On October 13, an incident report was filed indicating maggots had been found in one of his wounds. Executive Director Myles Deering acknowledged the incident but said it was the sepsis, not the maggots, that killed him.

If you ask Peterson's family, they'll tell you that Deering's explanation does little to erase the shocking discovery, nor the fact the clinic ignored their entreaties. The victim's surviving son, Raymie Parker, said he had repeatedly asked the VA staff to tend to his father's bandages, often to no avail.

“During the 21 days I was there, ... I pled with the medical staff, the senior medical staff, to increase his meds so his bandages could be changed,” Parker said. “I was met with a stonewall for much of that time.”

Three nurses and a physician's assistant have resigned after the incident before they had a chance to be fired. Just like in Tomah, where the dentist who infected patients with HIV was simply demoted to a desk job, no punishments have been enforced at Talihina for the gross negligence of our nation's heroes.

Pete Hegseth, who is rumored to be a candidate for Donald Trump's VA secretary, said on Fox News on Monday that he has "hope" that the VA can turn around because the president-elect has veterans a priority from "day one of his campaign."

The Concerned Veterans for America released the following statement in response to the Talihina shock.

“It is heartbreaking that the VA is treating sick and injured veterans in this degrading and negligent manner. Veterans made the ultimate sacrifice to defend us, and when they get home they deserve the absolute best care. We should never open the news to find headlines of maggots in the wounds of American heroes."

The group is pushing for passage of the VA Accountability First and Appeals Modernization Act of 2016, as well as the Caring for our Heroes in the 21st Century Act.

This post has been updated to include a statement from the CVA.