Iran Plans to Retaliate After US Congress Extends Sanctions 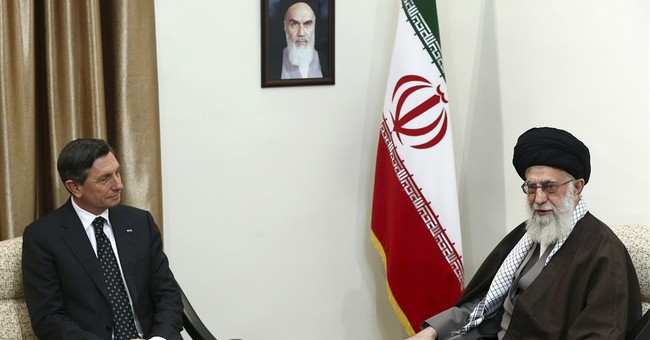 Iran is not happy with the U.S. Congress for voting to extend economic sanctions against their country for another 10 years. So much so, that Iranian leaders are threatening to walk away from the nuclear deal made under President Obama.

“The Islamic Republic of Iran doesn’t see any necessity to reveal this issue [its reactions] but we have made necessary predictions before, meaning that we are well prepared to show reaction,” Ali Akbar Salehi, the head of Iran’s Atomic Energy Organization, was quoted as saying on Friday in the country’s state-controlled press.

In addition to shunning the nuclear negotiations, Iran is threatening to boycott U.S. goods. They are currently drafting the measure in parliament, according to Mohammad Reza Tabesh, a senior Iranian parliament member, and it is expected to pass.

Iran may also continue to try and intimidate America by land or air, like last month when they pointed naval weapons at some of our helicopters.

President-elect Donald Trump, who has pledged to dismantle the nuclear deal, probably has no problem letting Iran kiss it goodbye. And with Marine Gen. James Mattis just named as his new secretary of defense, I doubt the incoming administration will take any kind of military intimidation lightly.