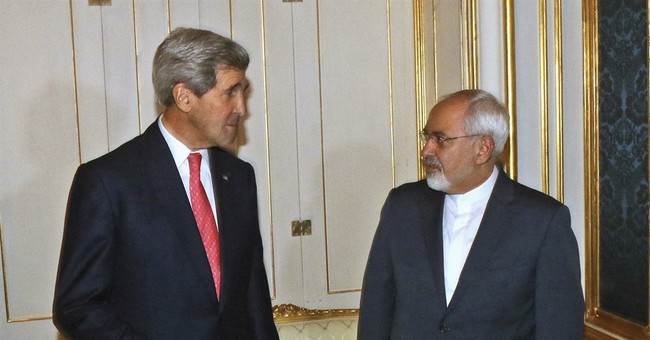 Deal or no deal, Iran will still face U.S. sanctions if Congress has anything to say about it. The Iran Sanctions Act, originally passed in 1996 and renewed in 2006, was renewed for another 10 years on Thursday by the Senate to “pressure Iran to cease its nuclear, chemical, biological, and missile weapons programs and (its) support for international terrorism.” The sanctions, in part, limit Iran's access to the U.S. financial system, which Iran claims has stifled many foreign investments.

The sanctions were set to expire at the end of the year. Now they just need President Obama's signature to remain in place. Of course, that may be a tall order considering the president's highly touted nuclear deal with Iran.

Sen. Ben Sasse (R-UT) said in a statement after the vote that he and his colleagues are not fooled by Iran's nuclear negotiations with President Obama.

“The Obama Administration’s nuclear deal hasn’t changed who we’re dealing with.? Iran is still the largest state-sponsor of terror, still bent on the destruction of Israel, and still working to undermine America’s interests in a peaceful Middle East. Extending these sanctions is an important requirement to holding Iran accountable.”

Secretary of State John Kerry urged Senate Democrats on Tuesday to leave the sanctions act alone and let them expire. Yet, his pleas fell on deaf ears. The vote tally was 99-0.

The legislation passed in the House two weeks ago, with the only "no" vote belonging to Rep. Thomas Massie (R-KY).

As president, Donald Trump has promised to "dismantle" the nuclear deal with Iran.