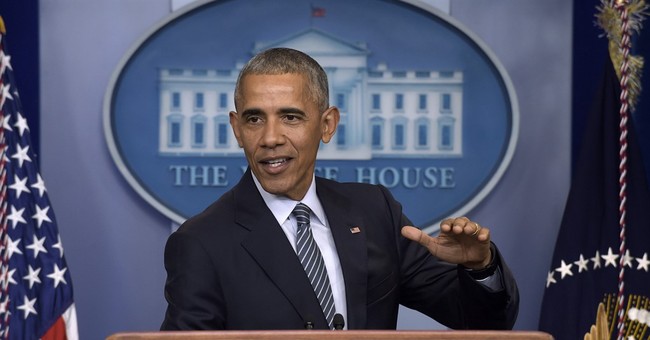 As the media begins to draw a pretty picture about the November jobs report, namely that unemployment has dropped to 4.6 percent, its lowest level in nine years, they are unlikely to tell you the other part of the story. The labor force participation rate continues to decline and is stuck at a rate we haven't seen since February 1978, according to the Bureau of Labor Statistics.

It gets worse. Last month, we lost 4,000 manufacturing jobs, offering more damage to the already 301,000 we've lost since President Obama took office. The Republican National Committee says that is going to change under President-elect Donald Trump, who has already brought 1,000 of those manufacturing jobs back.

“The 4,000 manufacturing jobs that disappeared last month come on top of the over 300,000 that have been lost under President Obama, more proof that President-elect Donald Trump’s efforts to stand up for the American worker is the commitment our country needs right now,” said RNC Co-Chair Sharon Day in a statement on Friday. “This election showed that millions of Americans don’t trust Democrats to create good jobs and opportunity, and President-elect Trump’s determination to save 1,000 jobs in Indiana is just a preview of his agenda of prosperity for all. Even before taking office, President-elect Trump has proven that protecting and creating jobs will be among his highest priorities as president, and Americans who have spent years struggling under President Obama can look forward to a brighter future for themselves and their families.”

Just for giggles, here's a flashback of Obama mocking Trump for needing a miracle to keep Carrier jobs in the U.S.