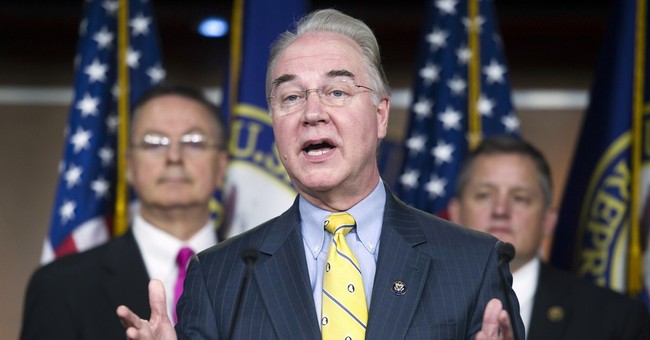 President-elect Donald Trump has apparently made another addition to his White House administration. The role of Health and Human Services Secretary has been given to Republican Rep. Tom Price from Georgia, reports The Washington Post.

Price, an orthopedic surgeon, has been a longtime opponent of President Obama's Affordable Care Act. Recently, he said that under Obamacare, "The American people are paying more for health care and getting less – less access, less quality, and fewer choices."

He's backed up the tough talk by offering bills that detail health care alternatives of his own, suggesting he is certainly going to work closely with President Trump to repeal and replace the current president's signature legislation.

Pro-life groups like the Susan B. Anthony List are also pleased with Trump's choice, noting Price's stellar right-to-life record. It's an important consideration after the Obama administration's controversial HHS mandate forced Christian companies to provide abortion-inducing drugs to their employees. It ended up even dragging Little Sisters of the Poor to court.

“Representative Tom Price is an excellent choice for Secretary of Health and Human Services," said SBA List President Marjorie Dannenfelser in a statement on Monday night. "He has an 100 percent pro-life record and is well positioned to champion truly comprehensive health care. He helped lead the charge to defund Planned Parenthood through budget reconciliation, setting the stage for President-elect Trump and a pro-life Congress to reallocate those funds to support comprehensive women's healthcare. As HHS Secretary, he will play a key role in developing a robust health care reform proposal that protects life and consciences, while promoting options for low-income individuals and families.”

Trump's team is expected to make the official announcement on Tuesday.
Joe Biden Not Happy That Everyone Is Pretty Much Saying He Shouldn't Run Again
Matt Vespa
Fauci Is Not Following the Science When It Comes to His Own Covid-19 Treatment
Leah Barkoukis
Americans Don't Want to Serve in Biden's Woke Military
Sarah Arnold