Trump Reportedly Asks For Security Clearances for His Children 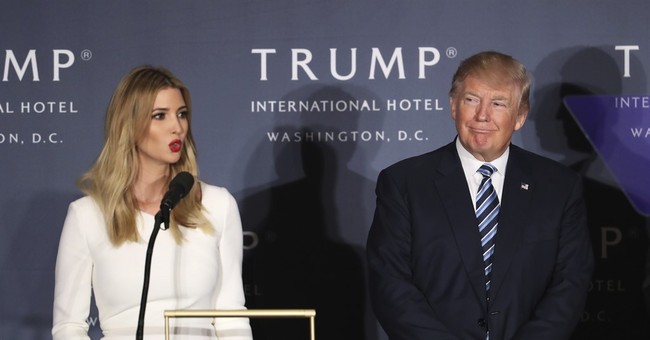 President-elect Donald Trump has asked for security clearances for his children, according to CBS. CNN's Jim Acosta also confirmed Tuesday night that a transition source told him Trump has indeed asked for clearances for his children and his son-in-law Jared Kushner. In order to receive these top secret security clearances, CBS notes, Trump's children would need to be appointed national security advisors. Yet, after Inauguration Day, he could make the requests himself.

CNN and other media outlets are noting that this raises a conflict of interest, considering his children will be handling all business matters for the Trump Organization.

Sitting with Leslie Stahl on "60 Minutes" Sunday evening, however, all four of Trump's adult children said they would not be holding formal roles in their dad's White House.