White House: 'They Did Not Resolve All Their Differences' 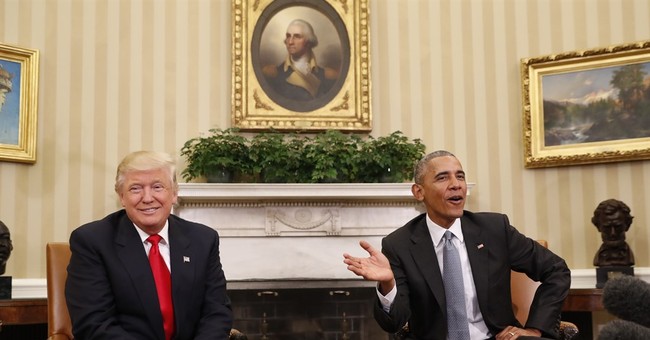 Their discussion, which was supposed to be 15 minutes but lasted 90, was “robust” and “valuable,” Earnest said.

“They were laying the groundwork” for the transition team, with Obama providing advice to give Trump the opportunity to succeed.

“We’re all rooting for his success,” Earnest emphasized.

Yet, several reporters noted that the two have expressed their dislike of each other in the past and Obama had been furiously campaigning for Hillary Clinton up until Election Day.

“The meeting was not convened to try to resolve the concerns,” Earnest reiterated. “It was focused on the transition and it went well.”