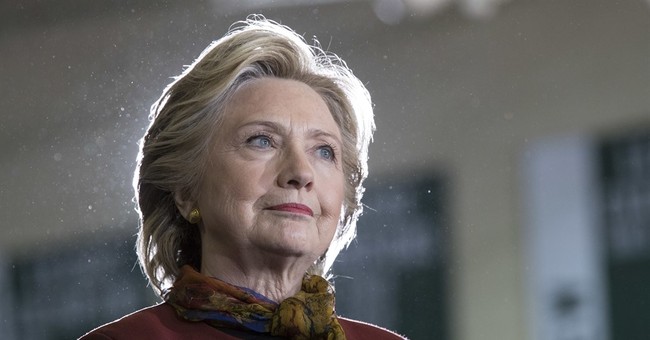 In April, we found out that the Clinton Foundation pays its female employees 38 percent less than its male employees. This past week, WikiLeaks has provided some numbers to put that disparity into perspective. In the following exchange, uncovered from a hack into Clinton campaign chair John Podesta's emails, Hillary Clinton's staff were concerned about a "huge" gender pay gap at the Clinton Foundation. The financial divide was so obvious, in fact, they worried nosy journalists would notice.

With a little help from Julian Assange, they did.

Here's what The Washington Times found after some digging.

Of course, this salary gap does not jibe with the Clinton's pledge to break the glass ceiling and ensure that women are given the same opportunities as men.

This skewed pay ratio didn't start with the Clinton Foundation, however. Back when Clinton was a New York senator, her female employees were found to have been paid thousands of dollars less than their male counterparts.