What a Shame: Election Overshadows 100th Anniversary of Planned Parenthood 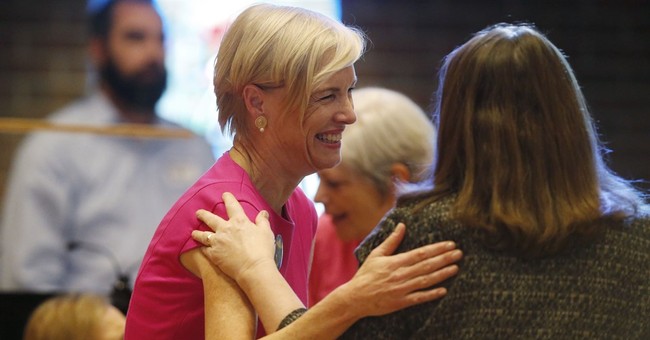 Planned Parenthood, an organization that performs over 300,000 abortions every year but disguises itself as a "women's health" provider, is celebrating its 100th anniversary this month.

Thanks to the presidential election, you may not have heard about it.

Planned Parenthood's attempt to stoke enthusiasm has largely gone unnoticed. Last weekend, they tried to start a trend entitled #100YearsStrong. It only trended once, and for a short period of time. In fact, many tweeters were pro-lifers who were trolling the campaign, using it as an opportunity to remind people about Planned Parenthood's radical abortion agenda.

Except for the MILLIONS of women that Planned Parenthood has aborted. #100YearsWrong NOT #100YearsStrong. https://t.co/68471K7mIP

Abby Johnson, founder of the pro-life group And Then There Were None, offered a statement on the embarrassing failure of a tweetfest.

"Over and over again, we see Planned Parenthood desperately attempting to remain relevant among younger populations. But the bottom line is that young people are rejecting Planned Parenthood and their deceptive marketing. Planned Parenthood's primary base of support is from post-menopausal women who don't even have Twitter or Instagram accounts. Not to mention the sheer lack of tact in them celebrating their "birthday", when they have taken birthdays away from millions of unborn human beings."

Of course, the Democratic nominee and her running mate choose to ignore these sobering statistics. Both Hillary Clinton and Tim Kaine tweeted their praise for the organization on its anniversary.

Proud to be on a ticket that trusts women to make their own health choices and stand with @PPact. #100YearsStrong

Clinton has also promised to uphold abortion rights on the Supreme Court. As Guy noted, she is "fanatically consistent" on this issue. At Wednesday night's Vegas debate, the Democratic nominee defended her support of partial-birth abortion, although most Americans are against the procedure at such a late state in a woman's pregnancy.

The Stream is hosting its own campaign, #100ForLife, asking contributors to share any stories they may have about their decisions to reject abortion.

.@PPact is celebrating its 100th birthday, yet is has denied over 7 million children their birthdays since 1970. #100YearsOfAbuse