'Quite Bizarre': Nike Refuses to Explain Its Opposition to Bathroom Bill at Shareholders Meeting 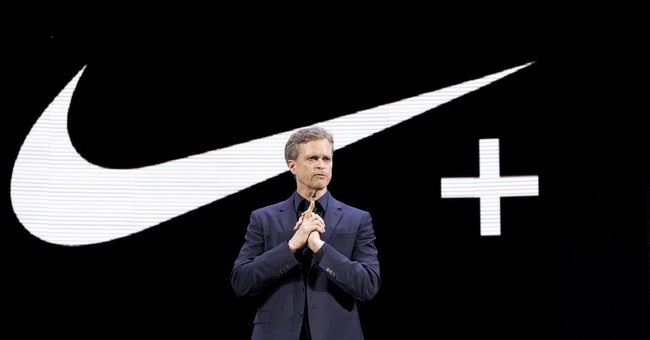 At almost every shareholders meeting Justin Danhof has attended, corporations have welcomed questions from their investors. That, however, was not the case at last week's meeting in Beaverton, Oregon for Nike.

Danhof, who serves as General Counsel for the National Center for Public Policy Research, challenged Nike CEO Mark Parker about his company's support of the Obama administration's lawsuit against North Carolina in regards to the bathroom bill HB2, which requires people to only use public restrooms that correspond to their birth certificates. Nike is one of 68 companies siding with the White House and signing an amicus brief in the case. Danhof wanted to know two simple things from Nike. 1) What is the legal rationale for the DOJ's mandate? and 2) If Nike is so opposed to HB2, why do they still do business in the Tar Heel State?

What followed was "quite bizarre," Danhof said.

"First, I was not allowed to ask my question," he said. "I have never seen this before," he added, calling it "transparency only the Obama administration could envy."
Instead of taking his inquiry as Danhof submitted it, Nike reworded his question into this watered down version: What is Nike's current view on discrimination and how it relates to HB2?

Here's what it tells him about the CEO and the company at large.

1) There are "very weak knees" at Nike, and "no courage in conviction." 2) "They have a tough time defending what they've done." If they were confident that the administration was justified in its lawsuit against North Carolina, they would have had no hesitation in answering his questions.

Parker had hours to come up with an answer, Danhof added.

This company, he concluded, "cannot stand behind what they've done."

Danhof attends shareholder meetings in order to promote a free market agenda and challenge any actions that seek to disrupt the separation of powers. As such, the HB2 case is more than just a defense of social conservatism, it's about calling out unconstitutional behavior.

The HB2 case, Danhof said, is a clear overreach of power. The DOJ claims the bill is "sex discrimination," but that's not exactly what the 1964 Civil Rights Act meant because the law considered "sex" to be one's biology and not one's state of mind. Additionally, that's not how our government system works. We vote for Congress, not the DOJ, Danhof reminded Nike. The DOJ isn't supposed to write the laws.

Nike is supposed to be accountable to its investors. Danhof is disappointed they can't answer tough questions even just once a year.