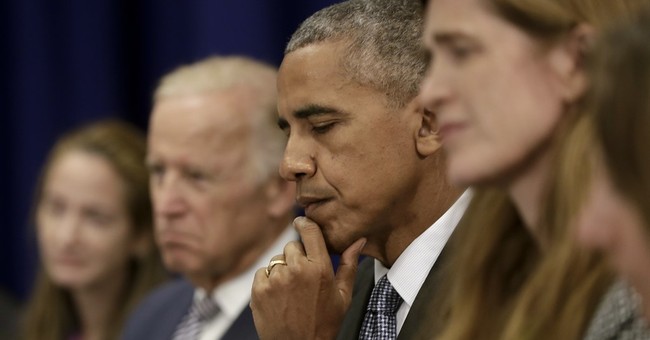 After promoting globalization and rejecting Donald Trump’s wall building narrative in his last address to the United Nations, President Obama talked about the need to show compassion for the plight of refugees.

“We have to open our hearts and do more to help refugees who are desperate for a home,” Obama said. “We have to follow through even when the politics are hard.”

The president then asked Americans to not condemn the “innocent men, women and children” who are forced to flee their homes due to fear and violence.

We have to have to “empathy,” he said, and try to see ourselves in the eyes of refugees.

“Our world will be more secure if we are prepared to help those in need.”

A new Rasmussen Reports poll shows a majority of Americans disapprove of the president's plan to bring 110,000 Middle Eastern and African refugees to the country next year.