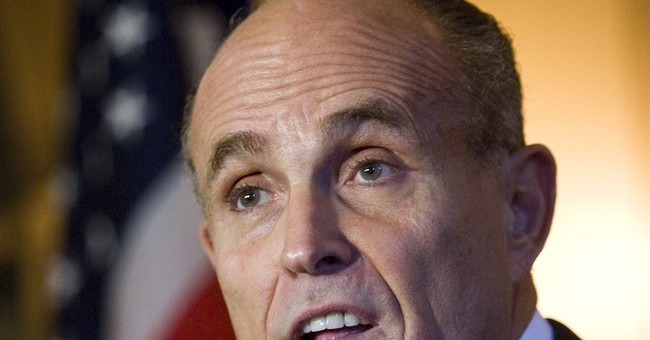 Rudy Giuliani had some harsh criticism for the man who currently holds his old job title in New York. Mayor Bill de Blasio, Giuliani said in an interview with Circa, had no idea what he was doing after refusing to refer to this weekend's string of bombings in New York and New Jersey as terrorism. In his initial press conference, de Blasio called the bombings, which injured dozens of people, a "violent act." That kind of sensitized statement, Giuliani said, proves the mayor is from another planet.

"He [de Blasio] shows up and says it's an intentional act, but not a terrorist act," said the former mayor, a Republican who now advises Donald Trump's campaign. "Before we even knew it was Islamic inspired a bombing that wounds 29 of his citizens is by definition a terrorist act.

" So you are kind of on Mars if you can't figure that out. Then it took him a long time to accept that it was Islamic."

Were he still mayor, Giuliani would have immediately declared the bombing an act of terror and just let the police do their jobs. Unfortunately, Giuliani said, the NYPD have a mayor they currently don't respect because he is "anti-police."

Thankfully, the police did do their job and the terror suspect is now in custody.