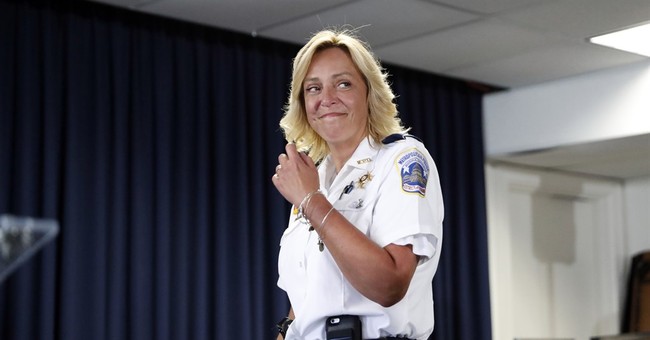 Outgoing D.C. Police Chief Cathy Lanier was the longest serving chief in the district's history. Yet, after a decade of holding the title, she has made it clear she has had enough. On her last day on the force, Lanier was pretty blunt in sharing what she thought about the disorganized criminal justice in the nation's capital, particularly in regards to the lack of oversight into the agencies who are tasked with catching criminals.

“The criminal justice system in this city is broken,” Chief Lanier said, citing what she sees as the lack of outrage over repeat offenders as a key reason for her decision to take a job as head of security for the National Football League. “It is beyond broken.”

“Do you know how many people on a given day in the District of Columbia are on probation or parole? 11,000, 1 in 64,” Racine said. “Do you know what the rate of recidivism is during the time of supervision by CSOSA? One percent.”

Racine continued: “So when people say the system is broken beyond repair, they kind of don’t tell you what the agencies do.”

With no love lost between her and city officials, Lanier moves on to serve as senior vice president of security operations for the National Football League.