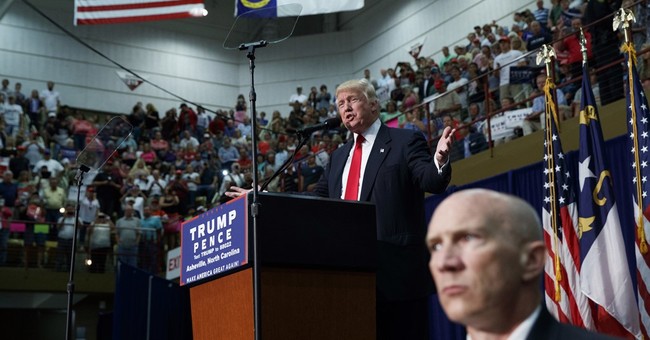 Donald Trump's supporters are rightly offended by Hillary Clinton's writing them off as racists, xenophobes, homophobes and "deplorables" at a fundraising event over the weekend. Like their candidate, however, Trump's backers have not chosen to sit idly by and let Clinton get away with such an unfair characterization.

"I represent non-deplorable people," one African-American Trump supporter said on stage at a rally in North Carolina. "We are not racists at all," he continued. "We don't even fit on that list that she put out."

His wife agreed, saying, "As a black female American, I say let's get out and support Donald Trump!"

Other voters came on stage rejecting the title "deplorable."

"I am a wife, a mother and I work full-time and I am voting for Donald Trump and Mrs. Clinton, you can go home!" said one passionate advocate.

As for the Republican nominee, who at first told "Fox and Friends" on Monday morning he couldn't believe Clinton had written off half the country, has called on her to retract the remarks.