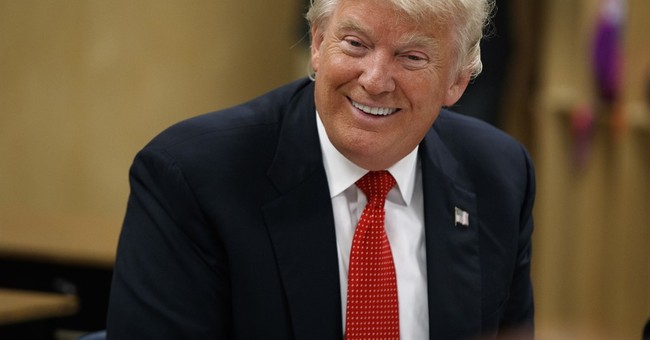 The American Federation for Children's (AFC) Kevin Chavous is a Hillary Clinton supporter, yet he had nothing but praise for her opponent Donald Trump after his education speech on Thursday in which he announced his new plan to expand school choice. Over $20 billion in federal grants will be used to offer underprivileged students and their parents their own educational choices, Trump told a crowd in Cleveland, Ohio.

“I’m certainly not a Trump supporter, but his message about school choice is resonating," Chavous said in a statement Thursday. "The broken, one-sized-fits-all model of education that Hillary Clinton promotes disproportionally hurts minority families who are trapped in some of our nation’s schools. Governor Pence has a record on this, unlike any of the other nominees or their running mates."

Chavous suggested Clinton go back to the drawing board and embrace charter schools like her husband did as president. He also said Clinton could actually learn a thing or two from Trump's "openness" and "creativity."

"I would urge Hillary Clinton to show a similar openness and creativity when it comes to embracing school reform, educational choice and charter schools," Chavous said. "So far Mrs. Clinton has largely been a representative of the interests of teachers unions and the status quo. Being for the status quo in an election year like this is a dangerous place to be."