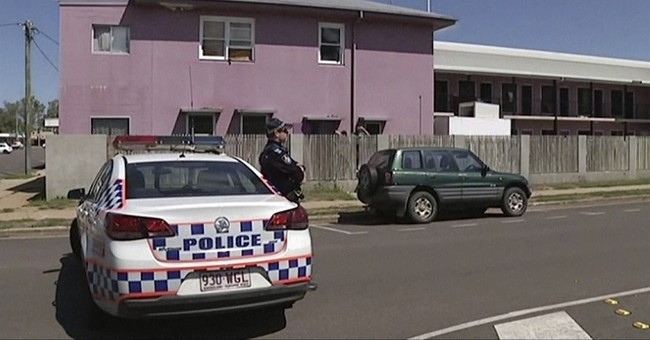 Witnesses beheld a terrifying incident in Queensland, Australia after a French man reportedly stabbed and killed a British woman while shouting "Allahu Akbar" on Tuesday night. The Guardian has the details:

A French man allegedly cried “Allahu Akbar” during a stabbing attack that left a 21-year-old British woman dead in front of up to 30 onlookers at a backpackers hostel in Australia’s north-east.

The 29-year-old suspect allegedly repeated the phrase – which means God is greatest in Arabic – when arrested by Queensland police, who told of being “confronted with a terrible scene” at the hostel in Home Hill, about 100km (62 miles) south of Townsville, on Tuesday night.

Police have not confirmed or denied whether the man was inspired by terrorism, only noting they are investigating whether the attacker was suffering from mental health issues, or if it was something more sinister.

We will provide updates as they come available.