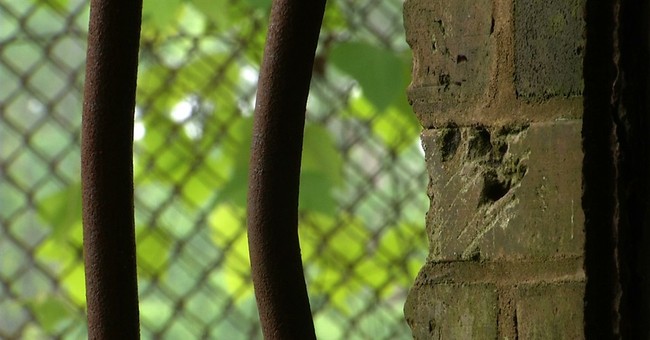 In Calhoun, Georgia, a man named Maurice Walker was arrested for being a pedestrian under the influence. It is a misdemeanor, yet the city kept Walker behind bars for nearly a week because he couldn't afford bail. In a court filing on Thursday, the Department of Justice has decided that this is a violation of the Constitution.

"Bail practices that incarcerate indigent individuals before trial solely because of their inability to pay for their release violate the Fourteenth Amendment," the Justice Department said in a friend of court brief, citing the Constitution's guarantee of equal protection.

The city of Calhoun, however, along with the Georgia Sheriff's Association, are fighting back, arguing the Constitution does not guarantee bail, it only bans excessive bail.

"It thus simply cannot be that any defendant arrested for any crime must be immediately released based on a bare assertion of indigence," the group said.

Set bail amounts may negatively affect poor people, but is the solution to release individuals before they've answered for their crimes?