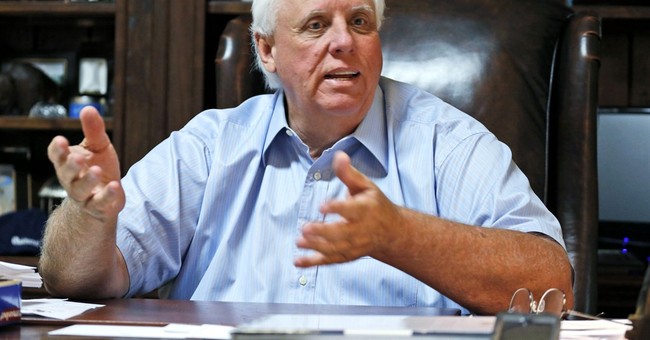 Hillary Clinton wastes no opportunity to remind voters that Republicans are distancing themselves from Donald Trump. What she fails to mention is that Democrats are not thrilled with their choice either. West Virginia Democratic gubernatorial candidate Jim Justice is not supporting Clinton. Because - why else? Her damning comments about the coal industry.

West Virginia Democratic gubernatorial candidate Jim Justice said “I cannot be a supporter of Hillary Clinton” during an appearance Monday on the state’s MetroNews radio network. Justice, a billionaire whose business interests include coal mining and West Virginia’s famed Greenbrier Resort, said he will not support the former secretary of state over her proposed energy policy.

“The reason I can’t be is her position on coal is diametrically, completely wrong in many, many different ways,” Justice said.

Clinton told a town hall audience in March that she intends to "put a lot of coal miners and coal companies out of business.” West Virginians, who take pride in living in the heart of coal country, did not take kindly to her pledge. Some even said farewell to her after a campaign event ahead of the state's May primary by flashing her the middle finger. That was a telling sign that foreshadowed her eventual defeat to Sen. Bernie Sanders.

Clinton's "apology" appears to have fallen on deaf ears.