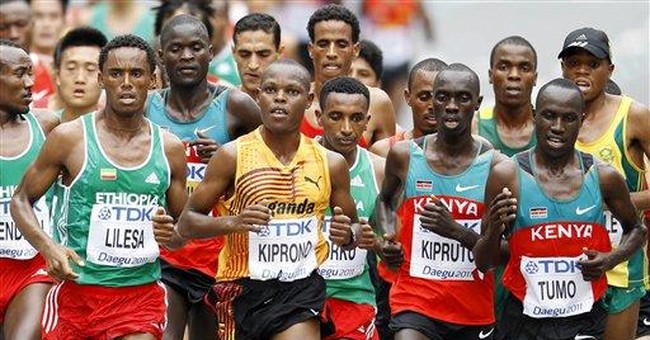 Ethiopia's Feyisa Lilesa won the silver medal in the men's marathon on Sunday in Rio de Janeiro on the last day of the Olympic Games. Yet, a bold move he made as he crossed the finish line may have just put him in serious trouble with his country's government.

Just before Lilesa crossed the finish line, he crossed his arms over his head. That sign is a clear protest of the Ethiopian government's plan to reallocate farmland for development, Reuters reports. The runner said he made the courageous move in support of his Oromo tribe.

"Oromo is my tribe ... Oromo people now protest what is right, for peace, for a place," Lilesa explained after his silver-medal performance, adding that he feared he would face consequences for the gesture when he returned home.

Lilesa said he fears the same fate should he return home.