Oops: GOP Senator Not Supporting Hillary Because of Iran Deal, But His Preferred Pick Also Supports It 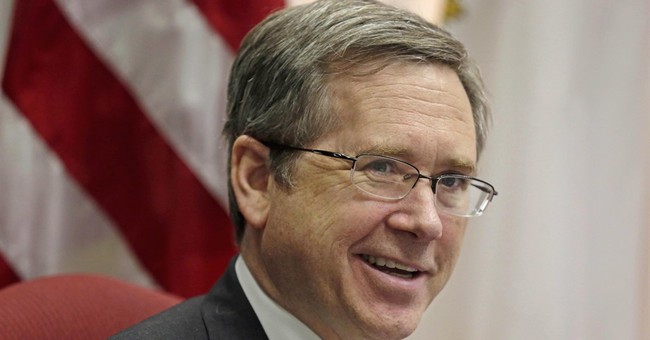 Sen. Mark Kirk (R-IL) is not voting for either Donald Trump or Hillary Clinton. Trump's temperament and Clinton's support of the Iran Deal prove neither nominee is ready to protect America's national security interests, Kirk has noted. Instead, the senator has indicated he's going to be writing in former Secretary of State Colin Powell, who served in the second Bush administration. The problem? Powell is also a fan of the Iranian nuclear agreement.

In an interview on "Meet the Press" last year, Powell said the Iran Deal would help "stop this highway race they were going down" with Iran's pursuit of a nuclear weapon.

Before Powell, Kirk had voiced his support for former Gen. David Petraeus. After getting briefed on Powell's support for the Iran Deal, will he change his mind yet again?
This EPIC Tucker Dig At A Mask & Face Shield-Wearing Lloyd Austin Is One For The Ages
Scott Morefield
Rep. Cori Bush Has An Issue with Negotiations of Bipartisan Infrastucture Group Because They're 'So White'
Rebecca Downs
Biden's Latest Offer to the Unvaccinated Shows the Extent of the Messaging Failure on the COVID Vaccine
Matt Vespa
Biden's Vaccine Mandate for Federal Workers Met with Mixed Reactions: 'An Infringement on Civil Rights'
Rebecca Downs
Biden Kicks Off Vaccine Mandate Announcement by Contradicting CDC Guidance
Spencer Brown
Chip Roy Schools Texas Democrats: 'You're Aware You're Violating Texas Law by Being Here Instead of in Texas?'
Rebecca Downs
CARTOONS | Tom Stiglich
View Cartoon
Most Popular