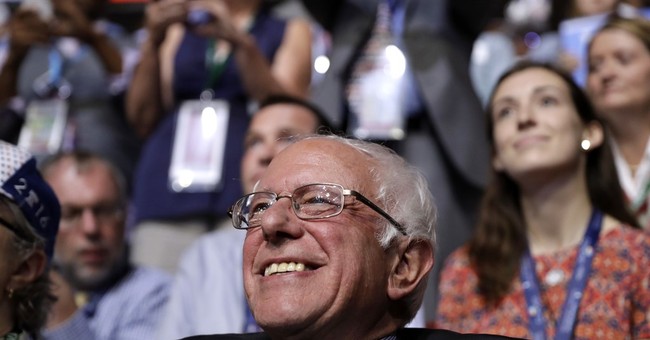 Former Democratic presidential candidate Bernie Sanders isn’t just hoping Florida Rep. Debbie Wasserman Schultz (and former Democratic National Committee chair) will get unseated in the primary at the end of the month – he is doing what he can to make it happen. In an email on Tuesday, Sanders urged supporters to donate money to Schultz’s challenger Tim Canova because Schultz cannot be trusted after the DNC Wikileaks scandal.

"The recent emails leaked from Democratic Party staff showed that under Debbie Wasserman Schultz, DNC staff were not exactly fair and even-minded during the presidential primary," Sanders wrote.

"Electing Tim will send a strong message to the Democratic establishment about what this party should stand for."

The Wikileaks email dump exposed Schultz and her team’s harsh opinion of the Sanders campaign. The expose helped created a hostile environment at the Democratic National Convention, where Sanders voters booed and heckled the outgoing DNC chair off the stage. They were just as friendly to any speaker who said Democrats need to come together to elect Hillary Clinton.

Sanders had been very vocal about his distrust of Schultz since the beginning of the primary process. Why, he wondered, did she only schedule six debates? It now seems all but confirmed it was an attempt to shield and defend Clinton.