Did the Brazil Crowd Boo US Women's Soccer Goalie Because She Tweeted a Picture of Bug Spray? 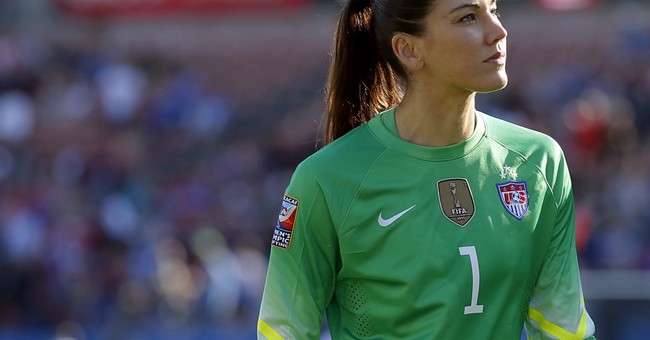 The controversy over Zika has made its way onto the soccer pitch in Belo Horizonte, Brazil. During the U.S. Women's National Soccer Team's opening group game versus New Zealand at the 2016 Rio Olympics on Wednesday, goalkeeper Hope Solo got no love from the predominantly Brazilian crowd. First, listen below.

The crowd also seemed to be chanting "Zika!" anytime she kicked the ball.

I doubt Solo meant to tick off the host nation with the picture, but it's obvious Brazilians did not take too kindly to it - harmless or not.

In a post-match interview regarding the booing, Solo gave a classy response. "They're Brazilians - they love soccer," she said, adding she'd rather hear their passionate chants than a silent stadium.

The noise also didn't seem to have affected her performance in the game. The U.S. beat New Zealand 2-0.