Obama: I 'Never Thought' Romney and McCain Couldn't Do the Job...This Is Different 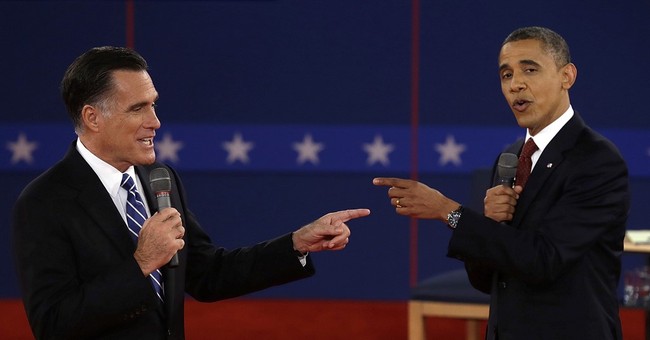 While the president noted that GOP leaders, including House Speaker Paul Ryan, have rebuked Donald Trump for some of his more incendiary comments on the campaign trail, they need to take it a step further and reject his candidacy.

“If you are repeatedly having to say in very strong terms that what he has said is unacceptable, why are you still endorsing him?” Obama asked.

The president went on to explain that Trump’s temperament is too dangerous and he has proven himself “woefully unprepared” to lead the country. While running against John McCain and Mitt Romney, Obama said he may have disagreed with them on policy, but he never worried that they weren’t competent enough to be commander in chief.

#Obama: I disagreed with Mitt Romney and John McCain, but I never thought they couldn't do the job. pic.twitter.com/DBPvdD4DaY

He knew that both of these men would observe “basic decency,” he argued. That’s apparently not the case this year. There has to come a point at which you say, “enough,” Obama concluded.

As to whether the GOP will heed his request, I’ll leave you with this.

Obama tells Republicans not to endorse Trump. Remember when he told the British people not to vote leave? Yeah - me too.