First Republican Congressman to Vote for Hillary Is... 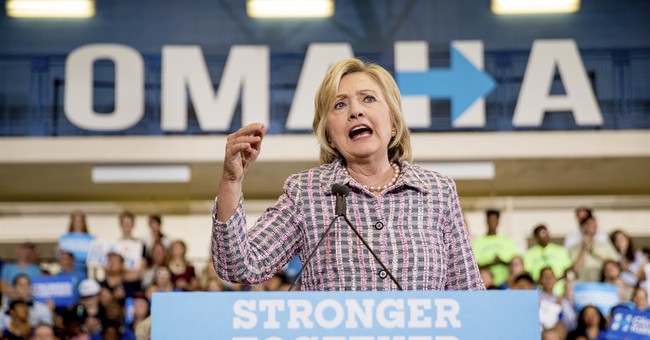 Despite disagreeing with Clinton on “many issues,” Rep. Richard Hanna (R-NY) insists the alternative is too dangerous, making him the first Republican lawmaker to announce he’s supporting the Democratic nominee in November.

“I think Trump is a national embarrassment,” Hanna told The Syracuse Post Standard. "Is he really the guy you want to have the nuclear codes?”

Moreover, Hanna slammed Trump’s behavior on the campaign trail, including his recent feud with the Khans, a Muslim-American couple whose son was killed serving in the U.S. Army.

“In his latest foray of insults, Mr. Trump has parents of a slain U.S. solider. Where do we draw the line?” Hanna asked.

Hanna may be the first to vote for Clinton, but he’s hardly the first Republican to refuse to support their Republican nominee. Several GOP leaders, including Gov. John Kasich, who is governor of the RNC host state, declined an invitation. Sen. Ben Sasse’s (R-NE) opposition to Trump was especially loud, considering he even penned a letter on Facebook insisting that conservatives may need to consider a third option.

As for Sen. Ted Cruz (R-TX), he may have attended the RNC, but we all know what happened during his controversial speech.

Yet, none of these anti-Trump politicians have gone quite as far as to pledge their support for Hillary Clinton.

Republicans may be happy to know Hanna is retiring at the end of his current term.