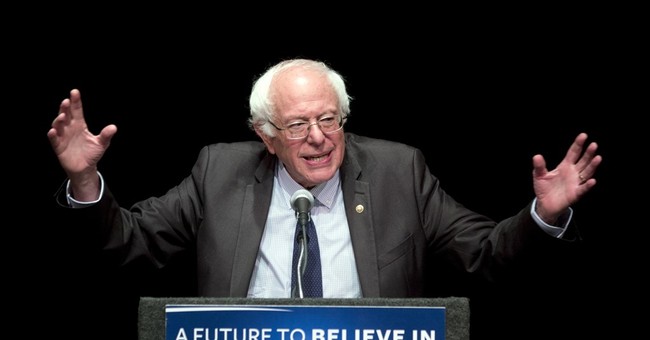 The delegates Sen. Bernie Sanders’ addressed ahead of the 2016 Democratic National Convention on Monday agreed with most of his remarks – until he said “we have got to elect Hillary Clinton and Tim Kaine” in November. That declaration was met with boos and jeers.

“We want Bernie!” they chanted.

The crowd reacts to @BernieSanders saying: "We have got to elect Hillary Clinton and Tim Kaine" pic.twitter.com/7v3puhTdLM

Their reaction proved that Sanders voters are sour over a new Wikileaks email dump that revealed how the DNC was openly hostile to Sanders campaign. DNC chairwoman Debbie Wasserman Schultz has announced her resignation as a result of the scandal.

Her resignation, Sanders said, “opens up possibility for new leadership that will stand with working people.” Additionally, it will “open the doors of the party for those people who want real change.”

Yet, the damage has been done. Not only have Sanders supporters been booing DNC officials, but thousands have shown up in Philadelphia to protest this week’s festivities.

In his speech, Sanders reminded voters how he proved the pundits wrong with his campaign. What was once dismissed as a “fringe” campaign ended up giving Clinton a serious run for her money.

Speaking of money, Sanders said he was proud to have run a campaign in which he received an average $27 contribution.

“You can run a competitive national campaign without begging billionaires for campaign contributions,” he noted. “All of us are proud that we are the only campaign not to have a super PAC.”

His impressive 2016 showing also allowed him to have an influence in the DNC’s newest platform, which he boasted is “the most progressive platform ever written.”

But platform language and a change in leadership is just the beginning of their successes, he promised. It’s time they “continue the political revolution.”

Sanders is expected to speak Monday night at the DNC. Do we have another Ted Cruz moment on our hands?