Bold: Fox News Anchor Asks Obama If New Polling Is an 'Indictment' of His Presidency 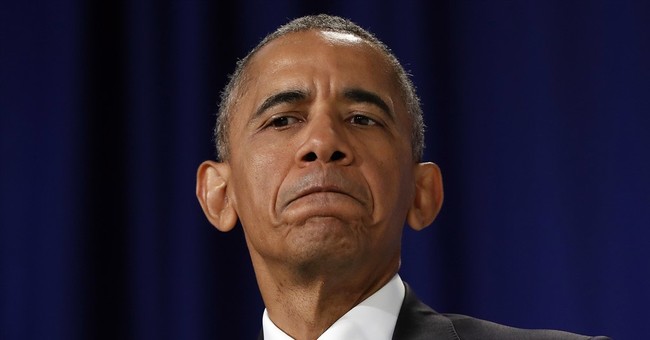 President Obama didn’t seem prepared for the tough questions directed at him by Fox News’ Kevin Corke during his joint press conference with Mexican President Enrique Peña Nieto at the White House on Friday.

Corke, while acknowledging that Obama’s approval ratings were above water, then provided the president with some unflattering polling that reveals over 70 percent of Americans believe the country is on the wrong track.

Poll: Is the country going in the right or wrong direction? pic.twitter.com/exbOnQuzKJ

Is that number an “indictment” of his presidency? Corke wondered.

Obama, clearly annoyed, responded by noting these statistics are nothing out of the ordinary.

“Over the last 20 to 30 years you’re going to be hard pressed to find a time when Americans thought we were on the right track,” he said. “It’s not that unusual.”

Corke also asked Obama whether he had watched any of the Republican National Convention coverage, where he said speakers were clearly "appealing to middle class voters."

Obama again pushed back at Corke’s narrative, arguing the journalist was “editorializing” in his questioning, suggesting Republicans are the ones who appeal more to this demographic.

Obama said he didn’t watch the RNC, but read some of the remarks and said he was dismayed by the Republicans' doom and gloom messaging.

This “vision of violence and chaos everywhere doesn’t jibe with the experience of most people,” he insisted.

A president, he said, should not base his or her policy decisions on “fears that have no basis in fact.”

This presser was taking place just as we started to get news about the deadly shooting in Munich.