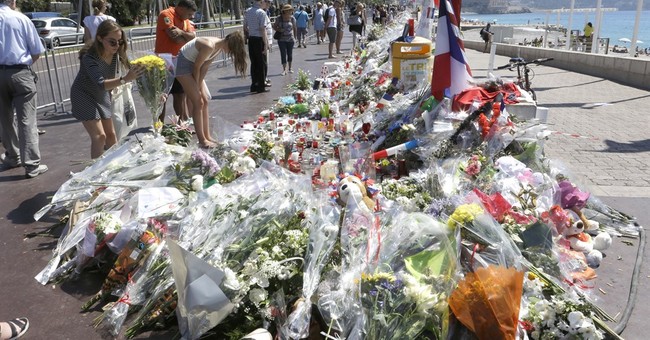 New details about the deadly terror attack in Nice, France on Bastille Day that killed 84 people reveals that the terrorist behind the wheel of the truck had been planning to run over innocent bystanders for months – and he had help. The Associated Press reports:

Molins said information from Bouhlel's phone showed searches and photos that indicated he had been studying an attack since 2015.

The Nice terror attack marked the third tragedy the people of France have had to face in the past year. In January, ISIS militants stormed the headquarters of Charlie Hebdo, a satirical magazine located in Paris, gunning down 12 employees. Then, in November, ISIS terrorists opened fire again in Paris at the Bataclan concert hall, as well as a string of cafés in the northern suburb of Saint-Denis, murdering 130 people.