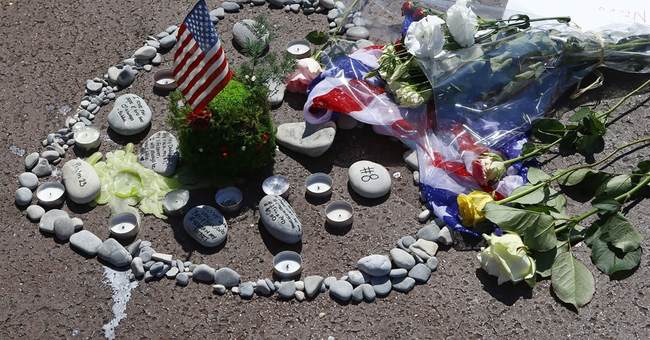 Despite an investigation not finding any links between killer Mohamed Lahouaiej Bouhlel and ISIS, new reports reveal that the truck driver who plowed over hundreds of people celebrating France's independence day on July 14 in Nice searched online for "ISIS" and "Orlando" before turning the wheel.

A Paris prosecutor also revealed that the carnage was "premeditated and prepared."

Eighty-four people were killed in last week's Nice attack, with over 200 others injured. Sadly, 13 of the deceased have still not been identified.