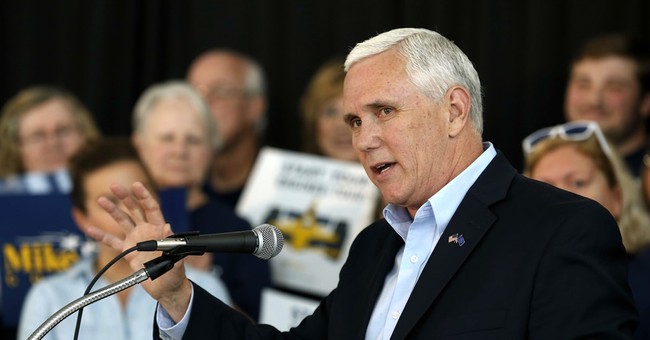 Per Indiana's gubernatorial rules, Gov. Mike Pence needs to withdraw his name from the race by Friday at noon if he is to going to be GOP presidential nominee Donald Trump's running mate. Yet, with two hours to the deadline, he still hasn't handed in his paperwork.

At this hour, Indiana Sec/State office tells me Pence has not withdrawn his name from the GOV ballot. He has 2 hrs 13 mins left.

Does this mean Trump is having second thoughts?

Trump's first choice in Pence has been met with mixed reactions and has reportedly caused a division in the presumptive nominee's family. While Donald Trump Jr. reportedly wanted his dad to choose Newt Gingrich, Trump's son-in-law Jared Kushner was on Team Pence.