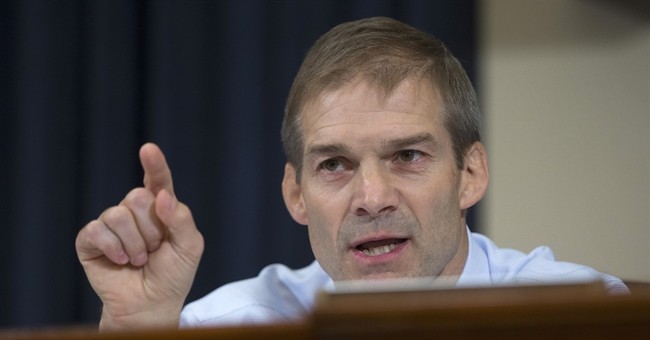 Multiple warnings from House GOP leadership have not stopped the conservative Freedom Caucus from trying to force a vote on the impeachment of IRS Commissioner John Koskinen. Koskinen, you'll remember, was charged with failing to provide Congress information during the investigation into his agency's targeting of Tea Party groups. Last month, we learned that the IRS' bias was double the scandal than we thought.

While House Speaker Paul Ryan agreed the IRS had not been run well and needed a serious tune up, yet said there was not enough evidence to justify impeachment. The Freedom Caucus, which has given Ryan a challenge even before he assumed the role of speaker, tried to circumvent his decision with a resolution. Yet, because the resolution was deferred to the Judiciary Committee, their effort fell short.

So, the conservative lawmakers are going to Plan B.

However, Fleming and Huelskamp are expected to refile a similar motion on Thursday using a slightly different procedure, according to Republican leadership sources. This second resolution would be “privileged,” meaning whoever files it can force a floor vote on the measure, although with the House ready to adjourn for a seven-week recess, that would likely not take place until September.

Politico is calling the move the Freedom Caucus's most "defiant" act against House Speaker Paul Ryan yet.

While Koskinen's lawyer Reginald Brown is calling the Republican move a "conspiracy theory," groups like the Tea Party Patriots appreciate the caucus's fight for accountability.

"Tea Party Patriots applauds and thanks Rep. John Fleming (R-LA) and the House Freedom Caucus for filing a privileged resolution that will ensure the full House votes on whether or not to impeach IRS Commissioner John Koskinen for his misconduct in office," said Tea Party Patriots CEO Jenny Beth Martin in a statement. "While we are disappointed with Speaker Paul Ryan and House leadership for failing to support Commissioner Koskinen's impeachment and for making the privileged resolution necessary, we appreciate the Freedom Caucus' determination to hold the IRS accountable for targeting Americans and the efforts to cover up the agency's wrongdoing. Tea Party Patriots and our members are grateful that Rep. Fleming and the Freedom Caucus are willing to send a message to the lawless Obama Administration that we will continue to fight for accountability at the IRS."