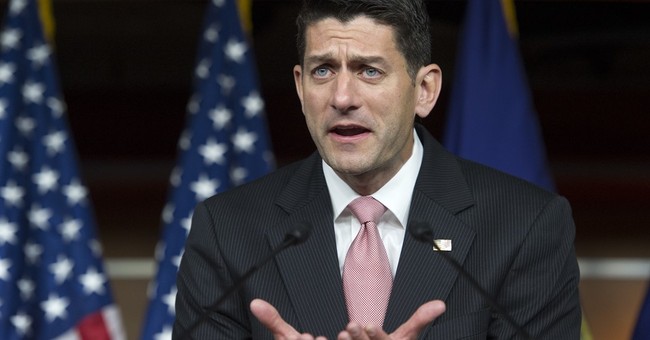 A young Republican student asked House Speaker Paul Ryan at a CNN town hall on Tuesday night how he can morally support a nominee who is openly “racist.” As for him, he won’t be supporting Donald Trump come November.

Clinton represents everything the student stands against, the speaker argued. Why would he help hand her the keys to the White House?

Ryan explained that he has at times felt “obligated” to stand up for policies or language he doesn’t agree with, for instance, his opposition to Trump’s call for a temporary ban on Muslim immigration. Yet, if the GOP has any hope of appointing Supreme Court justices that will defend our Constitution and if Congress hopes to pursue a conservative agenda, they have to do everything they can to prevent Clinton from winning.

“I’m going to fight for the candidate who’s so much more likely to put those into law."

Paul Ryan: "It's a binary choice. It's either Donald Trump or Hillary Clinton" #RyanTownHall https://t.co/wG1TabyJw4 https://t.co/NuzvtYumeW