'It Will Be Fixed': Trump Promises Full Investigation of VA In January 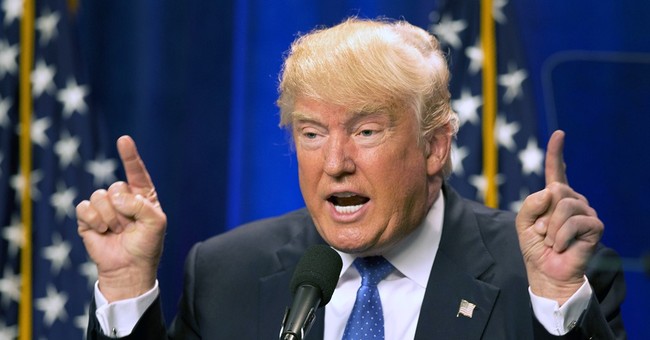 Donald Trump made a number of promises to America’s heroes on Monday. Speaking at an event in Virginia Beach, Virginia, the presumptive GOP nominee insisted that as president one of his first and highest priorities would be to launch a full investigation into the disastrous Veterans Affairs agency.

A full investigation into fixing this corruption will be immediately put in place in January if he is elected president, he insisted.

“I’m really good at things like that,” he said. “It will be fixed.”

Mental health care, he said, will be a particular focus, considering the high suicide rate - especially among older veterans. It’s a “national tragedy that’s not talked about,” he said.

Why is a VA fix among Trump’s first priorities come January? Because veterans represent “the very best of America,” he said. “You defend America and America will defend you.”

Obama has let the VA denigrate and “we have to get on the ball,” Trump insisted.

Hillary Clinton is also part of the problem, though, Trump said, refusing to “spend time with real people with real pain.”

He reminded the audience that she once suggested the scandal is “not as widespread” as has been reported and even said the agency is “well run.”

“That’s because she’s been part of this rigged system,” Trump noted.

Before laying out his plans for the VA, Trump also took a few moments to recognize this weekend’s tragedy in Dallas, where five police officers were killed in an ambush.

“It’s an attack on our country,” Trump said, before insisting we need to take on crime in our inner cities.

He called himself the “law and order candidate” but also one of “compassion.”

“We will tough, we will be smart, and we will be fair,” he said. “We will protect all Americans."

“Without safety, we have nothing,” he continued. “It’s the job of the next president to make America safe again for everyone."