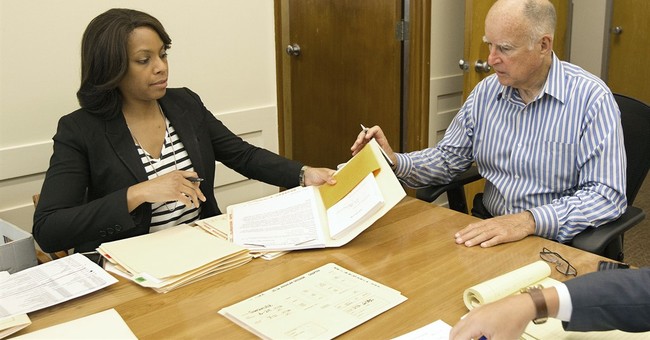 California Gov. Jerry Brown (D) believes he has just "enhanced public safety" by signing six gun control bills into law. Included in the legislation is a requirement that ammunition purchasers undergo background checks, those who make guns at home register them with the state, as well as places the limit of a purchase of a shotgun or rifle to one per month, according to The San Diego Union-Tribune.

“My goal in signing these bills is to enhance public safety by tightening our existing laws in a responsible and focused manner, while protecting the rights of law-abiding gun owners,” Brown wrote in a message.

With these signatures, Brown is giving New York's Andrew Cuomo a run for his money as to who can earn the title as governor of the most anti-gun state in the country. In January 2013, shortly after the devastating Sandy Hook Elementary School attack, Cuomo gave the greenlight to the SAFE Act. Instead of strengthening public safety, the strict regulations ended up putting hundreds of otherwise responsible gun owners in jail.

Similarly, Brown signed California's new gun control bills on the heels of a tragedy. The state legislature introduced a dozen anti-gun bills as a response to the Orlando terror attack in June.