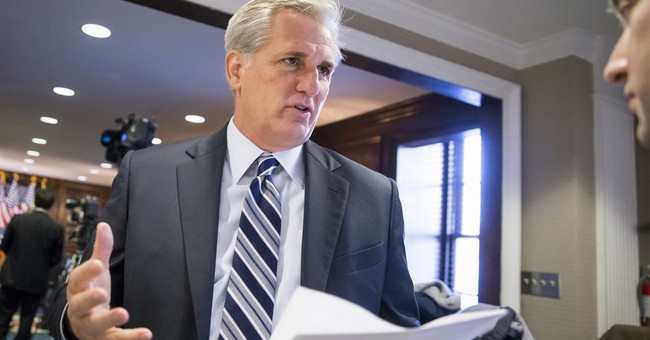 On Wednesday, the Department of Health and Human Services decided that abortion coverage in California's statewide insurance plans does not violate the Weldon Amendment. Churches in the state had filed a lawsuit against the rule, arguing it violated their religious conscience, but when HHS concluded its investigation, it said nothing to see here.

House Majority Leader Kevin McCarthy, along with a number of his colleagues, challenged that notion in a new statement.

The California abortion mandate on its face violates the plain text of the Weldon Amendment, which protects health care entities that do not participate in abortion against government-imposed discrimination. The text of Weldon—which has been renewed and signed into law annually for over 10 years—makes it clear that a 'health care entity' includes health insurance plans.

It's outrageous, the GOP leaders noted, that churches will be forced to offer abortion coverage under the mandate. Yet, the California health department argued that abortion is a “basic health service.”

Tell that to pro-life religious institutions that spend their lives protecting the right to life.

McCarthy and his colleagues met with HHS Secretary Sylvia Burwell this week to express their "bewilderment."