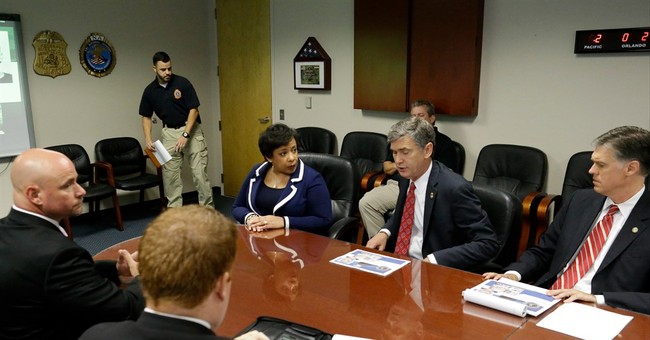 Here we have yet another report that proves the FBI did not take seriously enough warnings about the Orlando terrorist Omar Mateen. Disney World reported him to the authorities, as did a Florida gun store. Now, reports indicate that a Muslim who attended the same mosque as him alerted the FBI to Mateen’s strange terrorist sympathizing-rhetoric.

He says they met 10 years ago. However, over time, some of Mateen’s comments struck him as concerning – specifically references to videos of Anwar al-Awlaki, a radical Yemeni imam.

“He told me they were very powerful,” Malik said, “that raised the red flag even higher for me.”

Malik reported this behavior to the FBI, apparently to no avail.

No matter how you look at it, the FBI failed. Not only did they dismiss the red flags before Mateen killed 49 people at the Pulse nightclub, they also have not been transparent in the bloody aftermath. The agency released an incomplete transcript of the 911 call Mateen made when he pledged allegiance to ISIS, scrubbing out all mentions of his radical rhetoric. Worse yet, they have lost track of Mateen’s wife, who reportedly knew about her husband’s terror rampage.

Sadly, this tragedy needs to be a wake-up call to the FBI.