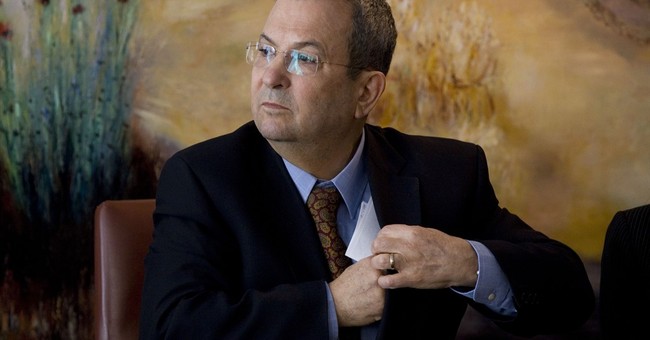 Netanyahu, Barak argued, is embarking on a “covert agenda” to prevent a separate Palestinian state and turn Israel into an “apartheid state.”

Barak then insisted that Israel faces no serious threats.

“He also said Israel faces “no existential threats” from regional enemies, and accused Prime Minister Benjamin Netanyahu of magnifying the threats from terror groups and other enemies by comparing them all to Nazi Germany. “Hitlerization by the prime minister cheapens the Holocaust,” he said. “Our situation is grave even without [comparisons to] Hitler.”

It’s astounding to hear this kind of rhetoric from one of Israel’s former leaders. Perhaps Barak didn’t hear Iran bragging about its ability to "level" Iran with missiles in mere minutes. Or, he ignored the swarm of terrorists aggregating in the Gaza Strip planning attacks on Israel, such as Hamas and the Palestinian Islamic Jihad. On the same note, he also must have turned a blind eye to the Palestinian terror attacks being waged in Jerusalem, Tel Aviv and other major cities. The Israeli Defense Forces has published a detailed post about these threats and more on its blog.

But yes, keep insisting Netanyahu is naive and paranoid.