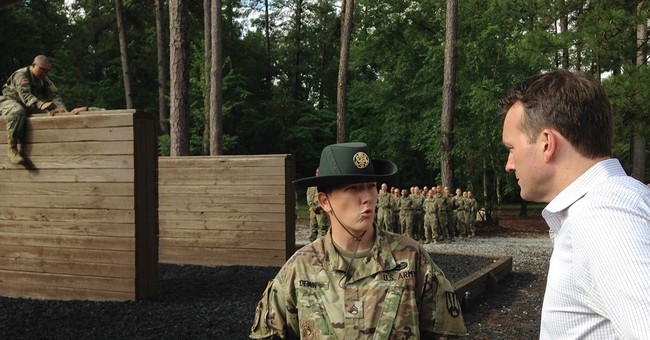 The Senate approved the $602 billion National Defense Authorization Acton Tuesday. The bill, in part, boosts the U.S. missile defense policy and helps us keep a closer eye on our foreign adversaries. It also, however, includes a controversial measure – for the first time in U.S. history, it requires women to register for the draft.

Lawmakers have had mixed reactions to the new rule. Sen. Ted Cruz, who sponsored 12 successful amendments to the bill, could not ultimately vote for the NDAA because forcing women into combat “makes little or no sense.”

“Despite the many laudable objectives in this bill, I could not in good conscience vote to draft our daughters into the military, sending them off to war and forcing them into combat,” he said.

Cruz was at odds with his colleague John McCain, who called a mandated draft for women “simply fair” and insisted military leaders condone the new guidelines.

Their bickering may all be for naught, as the White House has threatened to veto the bill.