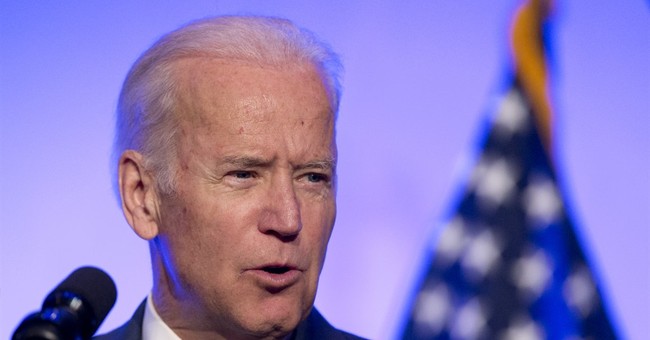 Washington, D.C. - Meghan Yap, a rape survivor who has used her horrific experience to speak out against rape culture, introduced Vice President Joe Biden at Tuesday’s White House State of Women summit in the nation’s capital. Biden is the perfect champion for women, Yap said, because he is the author of the Violence Against Women Act in the 1990s, which she says has worked to prevent assault and save lives.

“This has literally been the cause of my life,” Biden said after taking the stage.

“It’s all about the abuse of power – even the sexual assault,” he explained. “We have to give women and girls a greater voice. But that’s not enough. They have to be assured their voices are heard.”

At a White House event on Monday night, Biden shared how seven women grabbed his arm and thanked him for his efforts on VAWA, revealing that they had been raped. These were just a handful of the hundreds of testimonies he's heard about women being assaulted.

The vice president said he learned to respect women by following an important lesson from his father, “The cardinal sin of all sins is for man to raise his hand to a woman or child.”

Biden said at the time he introduced the bill that he got criticized on the right. Republicans accused his shelters of being “indoctrination centers,” he said. The legislation was also unpopular with women’s groups, he noted, because they worried it would take everyone’s eyes off gender equality and “choice.”

“So, I concluded the way we can make progress was to rip the mask off the dirty little secret that we had an epidemic in America,” Biden said.

The two most important goals of the act, he said, are to make sure women know they are believed and to accurately identify attackers.

“Women are getting to the point where they feel somebody might listen to them,” he said.

“Every single woman has the right to live her life free of violence.”

Then he offered an extreme analogy to demonstrate what he meant.

If a woman stripped “stark naked” here in the ballroom and walked to the Capitol, Biden suggested, she can be arrested for indecent exposure, but no man has a right to touch her.

“Violence against women is a crime pure and simple.”

Yet, the vice president admitted they have plenty of work to do to prevent sexual assault. The most discouraging moment of his career, he said, came after learning that among young women aged 18 and 24, the rate of violence has not decreased a single bit. Likewise, sexual assault on college campuses has not gone down at all.

Combating assault on college campuses appears to be an especially important cause for Biden. Last week, he penned an open letter to the victim involved in the high profile Stanford rape case, telling her he was “in awe” of her courage to speak out.

Biden and his team reached out to colleges across the country to get feedback on how they could change this dangerous culture. The top thing they heard from students, he said, was to get men involved. So, they started the It’s On Us initiative.

“The answer isn’t to shame women for drinking,” he said. “Consent isn’t ‘well I didn’t hear no.’ Sex without consent is rape.”

“Everyone has a responsibility,” he continued, particularly school administrations. “There is no excuse” for an institution of higher learning to put its reputation above students’ respect.

He and his staff are studying the results of hundreds of colleges across the country to determine if they have followed the It’s On Us guidelines.

If not, they can expect to be stripped of some important funding.

Biden says he “welcomes criticism” for this speech.