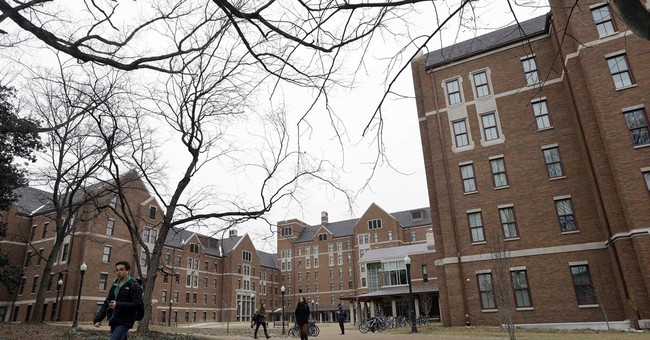 In a decision that may overshadow the Obama administration’s controversial public school bathroom mandate, Vanderbilt University has just added hormone therapy and gender assignment surgery to its student insurance policy.

The decision by the Vanderbilt staff was apparently pretty drama-free.

The change was part of a routine annual review of the university’s health care plan for students. Cynthia Cyrus, vice provost for learning and residential affairs at Vanderbilt, said the committee tasked with the review quickly recommended expanding coverage.

“It was relatively non-controversial on our side,” Cyrus said. “It was maybe a two-paragraph conversation, not deeply debated in any way.”

Conservative Tennessee Rep. Diane Black, however, had something very different to say about the administration’s “stunt” in a Wednesday statement.

“Let’s be honest, this decision is not about the health and wellbeing of Vanderbilt University students, it is about the political agenda of liberal university administrators,”she said. “With this stunt, Vanderbilt University has shown itself to be completely out of touch with the values of most Tennesseans and has surely alienated more than a few students, parents, and donors.”

These school administrators may not see anything out of the ordinary through their politically correct lenses, but are parents going to be comfortable with their students’ tuitions being used so controversially? A dozen states are refusing to comply with President Obama’s bathroom law that forces schools to allow students to use any bathroom with which they “identify.” This suggests they are likewise not going to remain silent as more schools try to force students to pay for sex change surgeries.

Accepting new students, outlining class schedules, and inviting speakers to campus are “routine” decisions. Forcing students to shell out money for gender assignment operations? Not so much.

“For all the advanced degrees that exist among Vanderbilt University’s senior administration, there is a painfully obvious lack of commonsense,” Black said.