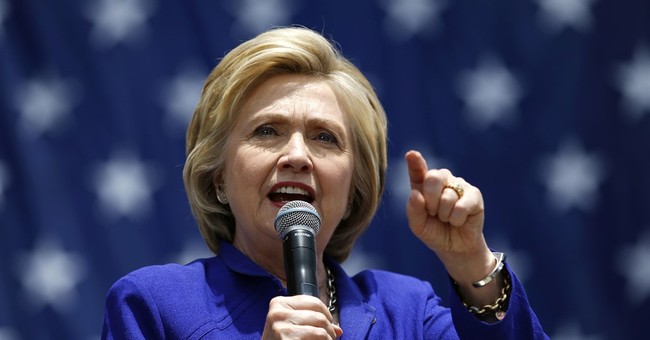 Lt. General Michael Flynn, author of the new book The Field Of Fight: How We Can Win The Global War Against Radical Islam And Its Allies, joined Hugh Hewitt on his morning radio show Monday to discuss a topic he believes should be getting more traffic in this year’s presidential election.

Flynn, Hewitt noted, “knows firsthand the war that we are engaged in,” and is distraught this campaign is largely ignoring the barbarism of ISIS and its impact on national security.

Part of the issue, he said, is that the government “is not allowing us to actually call this enemy what they are.”

President Obama has often opted not to use the term “radical Islam” when responding to terror attacks here in the States, presumably for political reasons. Likewise, Clinton, at the Democratic presidential debate held after the terror attacks in Paris last November, refused to accurately identify the assailants.

In that same debate, climate change was for some reason a part of the discussion.

Right now, we “do not have a winning strategy” against terror, Flynn concluded. The lieutenant general does not see this environment improving with a Clinton presidency – not just because of her overly sanitized rhetoric, but because of the power-hungry people with whom she chooses to surround herself.

“I mean, she has a bunch of people that are around her that all came out of this administration, and they’re just waiting in the wings to come right back in," he said. "I mean, most of people don’t even know. She’s got a personal staff of like 900 people. I mean, these are all just sycophants just waiting to get back into our government to keep going in the direction that we’re going.”

He seemed to have a more hopeful view of Donald Trump becoming our commander-in-chief, noting how “happy” he was to see Americans voting for him in droves.

The Field Of Fight will be available for purchase in July.

Disease Expert Tells CNN: Most Masks Don't Really Work Against Wuhan Coronavirus
Townhall
Former Gov. Mark Sanford urges us not to cheer when 'America's daughters' on the #USWNT lose in the Olympics
Twitchy
ESPN Writer Wonders Why People Don't Like Megan Rapinoe and I Have Thoughts
Redstate
PSYOPS: If They Can Make You Believe a Big Strong Man Belongs in the Women's Division, They Can Make You Believe Anything
PJ Media