GOP Senator: Charlotte ‘Made a Mistake’ With Bathroom Bill 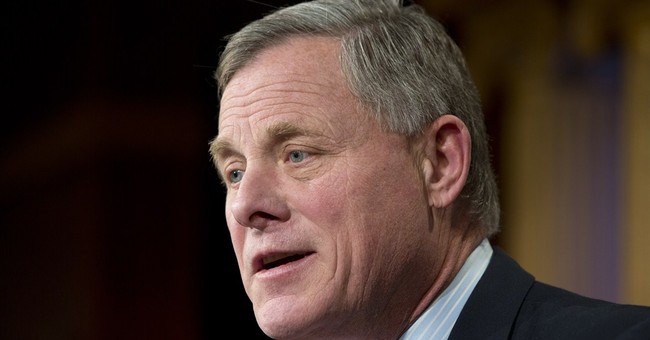 Backlash for North Carolina’s bathroom bill HB2 has come from both sides of the political aisle. The legislation requires those who identify as transgender to utilize public restrooms that match the gender on their birth certificates. Liberal groups call it discriminatory, while some Republicans call it expensive, arguing that it has cost the state considerable amounts of money thanks to bad press and boycotts.

Sen. Richard Burr (R-NC) is one of the latest Republican lawmakers to criticize HB2. Even though he initially supported the bill when it was signed into law, the escalating fiasco it has caused made him change his tune. Last week, he told The Huffington Post that the bill has become “too expansive.” On Tuesday, he insisted the city of Charlotte made a mistake and created an issue when there wasn’t one before.

"It's now time for the city of Charlotte officials to recognize that they made a mistake," Burr told ABC 11 in Raleigh.

"It's now time for the General Assembly to take the opportunity that if we can roll this back, that it's probably in best interests of North Carolina," Burr said.

"There didn't seem to be a problem before. Charlotte created the problem and the General Assembly further created a problem," he said.

The city should take steps to “roll back” the law, Burr said.

Burr’s looming reelection contest may account for why he’s changed his mind on the issue, HuffPo notes, no longer able to ignore his Democratic challenger Deborah Ross’s prodding him to take a side.

Recent polling shows that most North Carolinians oppose the bill, noting that they don’t believe it has made the Tar Heel State any safer.

At least some North Carolinians can find humor among all the controversy.