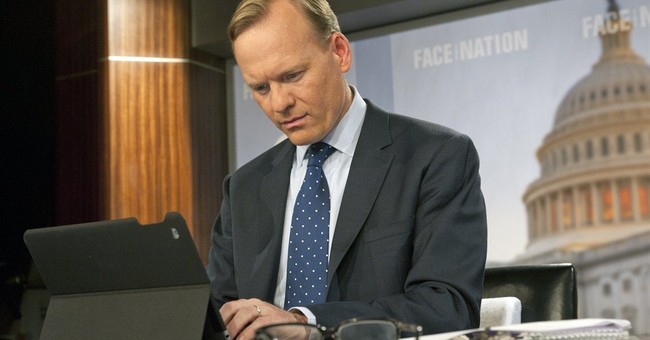 Donald Trump's tweets are biting and his insults are painful and sometimes even career ending. Yet, CBS anchor John Dickerson, who helped moderate a GOP presidential debate during the primary season and had a front row seat to Trump's bombastic behavior, says it's Hillary Clinton who is "more vindictive" toward her opponents. He told Hugh Hewitt as much on his radio show Friday morning when the host asked him which presidential candidate was more ruthless toward their opponents.

"I think Clinton," Dickerson said, after hesitating a bit.

"Trump is very tough on those he does not like," Dickerson noted. "But, he gets over it."

If you listen to the audio, you hear that Dickerson back tracks a bit and notes how Clinton is now getting along with some of her former adversaries, but Hewitt insists the anchor's first instinct was accurate.

When the media even notices you are not treating your opponents fairly, it's time to panic.

Despite Bernie Sanders' impressive 2016 run, Clinton is still dismissing his campaign. On Thursday, the former secretary of state told CNN's Chris Cuomo that Sanders should "do his part" and bow out of the race so she can focus on the general election.