Mrs. Sanders Wants FBI to Speed Up its Hillary Investigation 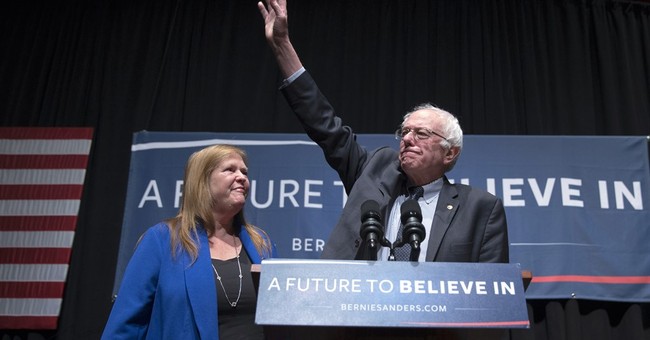 The Sanders campaign has left its “damn email” days far behind them. When Bernie Sanders told the media to stop talking about Hillary Clinton’s “damn emails” at an early Democratic presidential debate, everyone thought he had missed a prime opportunity to strike her Achilles heel. Instead, he seemingly gave her a pass on one of her biggest scandals. Now, months later, as he has proven to be a worthy competitor, Sanders and his team may have altered their strategy and decided the FBI investigation is kind of a big deal after all.

During an appearance on Fox Business last week, Jane Sanders told Neil Cavuto she and her husband want the FBI probe to proceed sans politics, yet also noted she wants it to speed up.

“It would be nice if the FBI moved it along,” she said.

Clinton has suggested there’s nothing to see here in regards to her emails and has rolled her eyes at any questions about them. Yet, anyone with knowledge about national security knows that it was jeopardized when the former secretary of state handled classified information on an unsecure private server. It was unprecedented in State Department history, the DNC chairwoman even admitted.

The Sanders have indicated they are not going to sit idly by and watch the Democratic nomination be handed to Hillary, the party’s “anointed” candidate. The Vermont senator has challenged her to release her Wall Street transcripts and has exposed her waffling on the minimum wage. Thanks to his new offensive tactics, Clinton has been booed at just about every Sanders rally as of late.

Sanders’ only problem? Those pesky superdelegates.