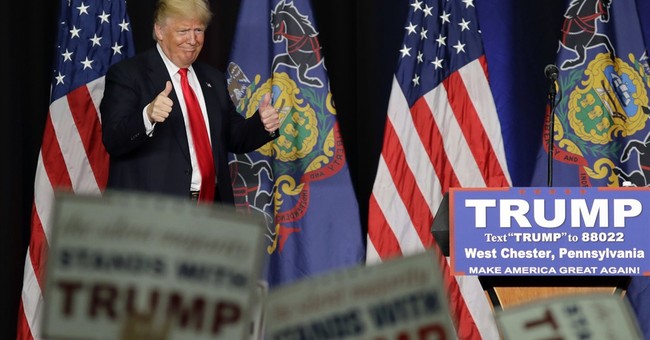 Donald Trump has won the important swing state of Pennsylvania, projects Fox News. He had about 58 percent of the vote, with 70 percent precincts reported. The victory guarantees him 17 delegates, with the remaining 54 waiting to be doled out.

Trump had been polling an average of 20 points ahead of his competitors in the Keystone Stone ahead of Tuesday's contest. The businessman got an extra boost from tens of thousands of Democrats who decided to switch parties and vote for him in the primary.

Trump is expected to have a dominant Tuesday, pushing him closer to the nomination. Yet, time will soon tell if the Cruz-Kasich alliance will put a dent in his progress.

Update: Fox News is reporting on some interesting exit polling. In a question regarding which candidate scares voters the most, Cruz was viewed as the most dangerous candidate, getting 58 percent of the vote. In another question, 71 percent said Trump is the candidate who would bring "needed change" to the White House.

This post will be updated as more exit polling becomes available.