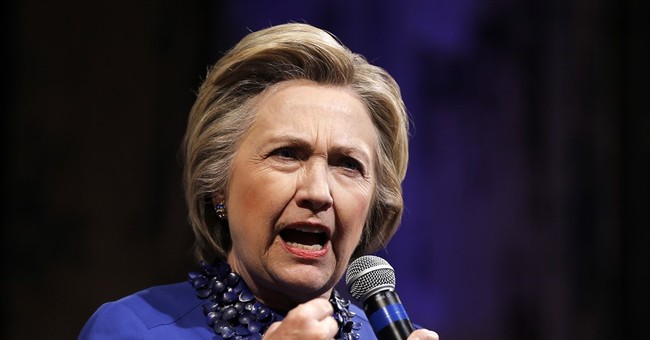 Bernie Sanders’ momentum with Millennials has been the talk of the 2016 Democratic primary. That a 74-year-old democratic socialist could give Hillary Clinton a run for her money and force her to voice more liberal positions is nothing short of impressive.

However, now that polls suggest Sanders’ fairytale campaign is nearing its end, his passionate young fans have a decision to make: Can they bring themselves to vote for Clinton in the general?

Judging by some Sanders loyalists who spoke to The New York Times this week, that’s not something they could even fathom.

Cynthia Kral, 38, of Pittsburgh, said she would never vote for Mrs. Clinton. “I cannot trust her,” Ms. Kral said, adding that she planned to vote for a third-party candidate or write in Mr. Sanders’s name in the general election. “I feel like she can be bought on anything, and for her to be president — that kind of scares me.”

At several Sanders’ rallies, the ire for Mrs. Clinton is all too present. It seems every time Sanders mentions her and her ties to Wall Street, the crowd erupts in boos.

Clinton, for her part, has done little to attract Sanders’ voters. First, she suggested they were being brainwashed by Sanders’ lofty proposals, particularly his plan to “break up the big banks.” In a town hall with MSNBC's Rachel Maddow Monday night, Clinton again questioned Sanders' voters' sanity, asking how they can continue to believe Sanders has a shot at the nomination, considering she has millions more votes than him and hundreds more delegates. She got very defensive on this point. It just "doesn't add up," she insisted.

Her treatment of the Vermont senator himself has also been pretty ugly. Earlier this month, after Sanders' interview with the New York Daily News, she questioned his presidential preparation, telling “Morning Joe” he hadn’t done his domestic policy homework.

To be fair, Sanders’ NYDN interview was painful, but shouldn’t Clinton be careful with her insults if she hopes to siphon his votes?