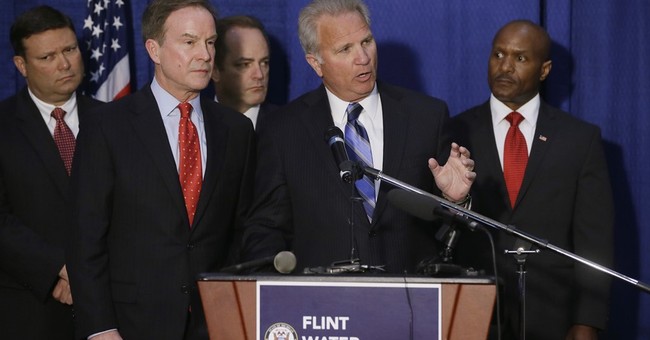 Three government employees in Michigan are being charged for their part in the Flint water controversy, meaning the ongoing incident has now become a criminal case.

"They failed Michigan families. Indeed, they failed us all. I don't care where you live," Schuette said.

These officials are faced, in part, with misconduct in office and tampering with evidence, charges which could result in thousands of dollars in fines and a maximum penalty of four or five years in prison.

For months, residents in Flint, Michigan drank dirty tap water thanks to misguided decisions made by city officials who wanted to save money. The consumption of untreated water left residents with skin lesions, hair loss, memory loss, depression and anxiety.

Many blame Gov. Rick Snyder for not addressing the crisis sooner and say it would be a “miscarriage of justice” to not charge him with a crime as well. During a presidential debate in March, the Democratic candidates demanded his resignation.

While he did not indicate what other public figures were on his list, Schuette told the press there were more charges to come.

"That I can guarantee."