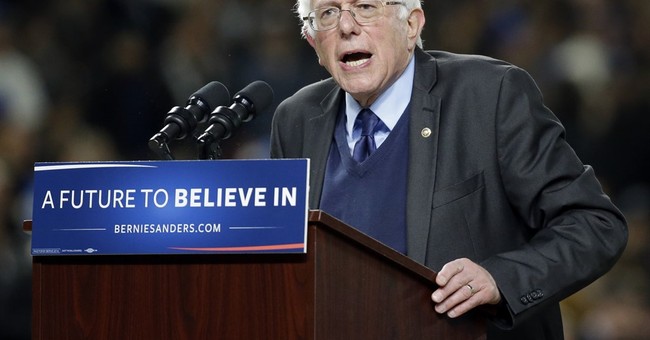 The 2016 campaign takes a bit of a breather this week with no primaries on the schedule, but we are not short on campaign headlines. The Donald Trump-Ted Cruz feud reached a climax last week after Trump’s campaign threatened Mrs. Cruz on Twitter. Cruz called Trump a “sniveling coward” for the behavior. John Kasich, meanwhile, who has tried to steer a positive campaign, is trying to play mediator and encourage his fellow competitors to consider families off-limits. On the Democratic side, a newly confident Bernie Sanders is stepping up his attacks against Hillary Clinton.

Donald Trump: Trump is still facing heat for his history of unflattering comments against women. Surveys indicate he has a major gender gap he’d need to overcome if he hopes to win in the general election. He defended his past controversial remarks on Monday, however, noting he “never thought he’d run for office.” Meanwhile, the GOP frontrunner is crying foul over a Louisiana process that allows Cruz to walk away with more delegates in the state even though Trump won the primary. The business mogul is threatening to sue. Pundits are predicting Trump may fall short of the 1,237 delegates needed to secure the nomination before a contested convention.

Ted Cruz: Cruz has set his sights on next Tuesday’s Wisconsin primary. He’s been campaigning hard in the state as a working class hero, focusing on trade and job growth. Gov. Scott Walker hasn’t officially endorsed anyone yet, but did say that Cruz is the only viable alternative to Trump. Meanwhile, reports indicate the GOP establishment is beginning to coalesce around the Texas senator who has for a long time been a thorn in their side. In the race against Trump, however, he’s starting to look like their only hope.

John Kasich: Kasich may be pulling even with Trump in Pennsylvania polls, but new reports indicate the Ohio governor may be in trouble. His campaign is pulling radio ads from Wisconsin.

Hillary Clinton did not have a happy Easter weekend if she was following the returns in the Democratic caucuses. She lost all three Saturday contests in Alaska, Hawaii and Washington – and she lost them badly.

Bernie Sanders’ landslide wins appear to have given him a boost of confidence, judging by his recent media appearances. Sunday on CNN, he slammed Clinton for raking in millions of dollars at fundraisers, including one with the Clooneys. Sanders called that event “obscene.” Clinton was unimpressed with Sanders’ rhetoric and her camp is threatening to pull out of future debates should he refuse to change his tone. Despite Sanders' recent wins, as you'll see from the below statistics, he is still far behind in the superdelegate count.

No primaries this week.